When you buy potted chives at a nursery, you may choose to transplant them into your garden when you get them home. These chives are ornamental as well as edible. Indeed, every part of the plant can be eaten, either as is, or in recipes.

Chives will grow well in an area of their own, or with flowers and other herbs. They’ll also grow well near some vegetables, such as tomatoes, allowing you to grow them in a salad garden.

Purchase potted chives at a local nursery, or get them from someone you know. Be sure to choose chives that were started from organic seeds, that are heirlooms if possible for the best taste and the most disease resistance.  Ask the person whether or not the chives have been continuously grown under organic conditions.

Locate the area in which you want to transplant the chives to, making sure the area receives six to eight hours of sun each day, and that the soil is well-drained. Ensure that the soils pH is at six or seven.

Work the area where you wish to grow the herbs to about six inches deep, and then work two inches of compost into the soil and let sit for a few days before working again. Transplant the chives from the pot to the ground during the spring, do so about six to eight weeks after they are potted for the best results.

Plant each chive plant four inches apart in every directions, so they wont be overcrowded to start. Allow the them to grow in place for a few weeks, then begin harvesting.

Divide the chives every two or three years, or as necessary, to prevent them from overcrowding. Do this during the late summer or early autumn months so they will grow quickly for a new harvest.

Three hours before dividing, water the area well. Use scissors and cut the chives back to about four inches before loosening the soil around the chives with your hands, and lift the chives out of the soil. Shake the chives slightly to allow the dirt to fall back to the ground. Use your fingers to help this process along. Gently pull the chive plant apart into three or four clumps and replant each four inches apart where desired, and 1/2 inch deeper than they were originally planted. Cover the roots with soil, and add more compost to the area.

4 thoughts on “Planting Chives from a Pot” 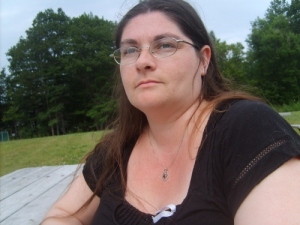 I know it isn't always easy to make meals healthier while sticking to a budget, but I try. I'll bet you're here because you're trying too. Am I right? We can help each other.

While there are far more affordable ways to eat, and I had followed that way of consuming food for many years, those ways are not healthy. At least not for me. For my health, I needed to change up how I consumed food and what I ate.

We all get off track, and that is fine. At some point you make it back to eating healthy. I try to keep it pretty basic, which means lots of fruits and vegetables, meat, and healthy fats. But it's nice to kick things up a bit with dairy-free chocolate chips for an occasional treat. I buy extras when I have the money - such as almond and coconut flour, flax, honey, and maple syrup.

I try to eat mainly whole30 and Paleo meals, when possible, but I'm not perfect. I am learning what foods my body can tolerate, and which ones it can't. That's important.

Feel free to tweak these recipes as you need to for the most savings. Let's have a healthier 2020!.

Look for Me On:

My Resume
Brand Yourself
My Portfolio